I’ve always loved the physicality of high-end hardware even though I’ve always been a software guy. I came at computing through assembly languages which I assume has flavored my view of software development and connected me deeply with a lot of the hardware. My earliest experiences were with IBM/370, Burroughs large systems, and VAXen. My first jobs were programming bare metal microcontrollers. My first actual software development class used punched cards. When I was a sophmore terminal usage was permitted.

I’ve fallen in love with some hardware as well as some software. Without going through an entire list throughout the decades, If you guessed that hardware I am in physical contact with for 100 hours/week is near and dear, you’d be right. I’m certifiable when it comes to keyboards, monitors, the sounds things make, fonts for reading code/dumps/output, etc. In fact I was one of the last IBM 3279 users on the entire campus. Finally I didn’t have enough clout or political capital to spend being the only one connected to a 3745. I loved that simple machine, specifically the keyboard. Sure there are other keyboards I have loved, I have a few now that are supurb. Which brigns me to the point of this retro-tech homage…

I indulged in yet another keyboard. Specifically the HHKB 25th Anniversary Snow White Edition. While not my favoirte keeb ever, I do like them and I’ll pay a few bucks to keep Fujitsu making products. They take a bit of break-in before they sing (and a bit of lube, etc.) What better way to celebreate 25 years than a bit of retro-tech homage. I fired up vim and went to work. Racingmars built a nice little print server for the Hercules IBM/370 emulator a short while ago that has a painstakingly well done PDF render of typical 132 column green bar fan-fold paper and he specifically tuned it to another labor of love, a beautifuly accurate resurection of the IBM 1403 printer font which I happen to own.

For those of you that don’t find perverse pleasure in running 60’s and 70’s operating systems on software emulators or digging through random archives hunting down software for Cray COS or CDC6600 software I though it would be cool to get a sample green-bar listing in a PDF of a genuine classic. Just upload a plain text file and you’ll get a print out a few seconds later of your beautiful source code in one of the most beautiful fonts ever.

Sure there were other printers that had great fonts for reading source code, and core dumps, and stack traces but nobody’s resurected those yet. Why this retro-tech and what does it have to do with a Fujitsu made 25th anniverery keyboard first indroduced in the mid 90’s? Easy. Alot of my favorite keyboards, terminals, hardware, and green-bar was disappearing at about the same point. Also, Fujitsu happened to make IBM plug-compatible IBM mainframe clones. The really big Amdahl mainframes were actually manufactured by Fujitsu. The mid 90's was also my last recollection of green-bar use. Almost exclusively programmers use by that point. I have to say there’s something to be said about doing code reviews and refactors on big pieces of paper instead of monitors.

As an added bonus you can rest assured that this site was done with pure 1990's style retro-tech. That form up top, pure last millenium HTML POST action going on there. No fancy-pants Javascript or fetch. On the backend? You guessed it hardcore CGI, binary compiled code CGI, just like I did it back in the day, none of this runs forever crap with FastCGI or proxies and of course it’s front-ended by none other than Apache!

Ps. For those that never had the privalige of seeing some of the computing serious computing hardware of the 60’s, 70’s, and 80’s I’ll attest there’s nothinq quite like old hardware. Almost no expense spared on build quality, materials, and even the design of a lot of it was pure tactle joy. All of it designed and built to be maintained and repaired forever if needed. A quaint thought in the age of computers and everything else being designed purely for disposal. Big IBM Iron, periferals, the CDC6600/7600, Cray-1’s, Cray Y-MP’s, most of the upper teir manufacturers terminals, the list is a mile long. All beautiful to behold and a pleasure to touch and use. Take the 1403, I believe it was introduced in 1959 — before I was born and was still being sold by the time I had my first job in the 80’s. Did any other peripheral have that kind of staying power? I don’t think the Model M keyboard did. 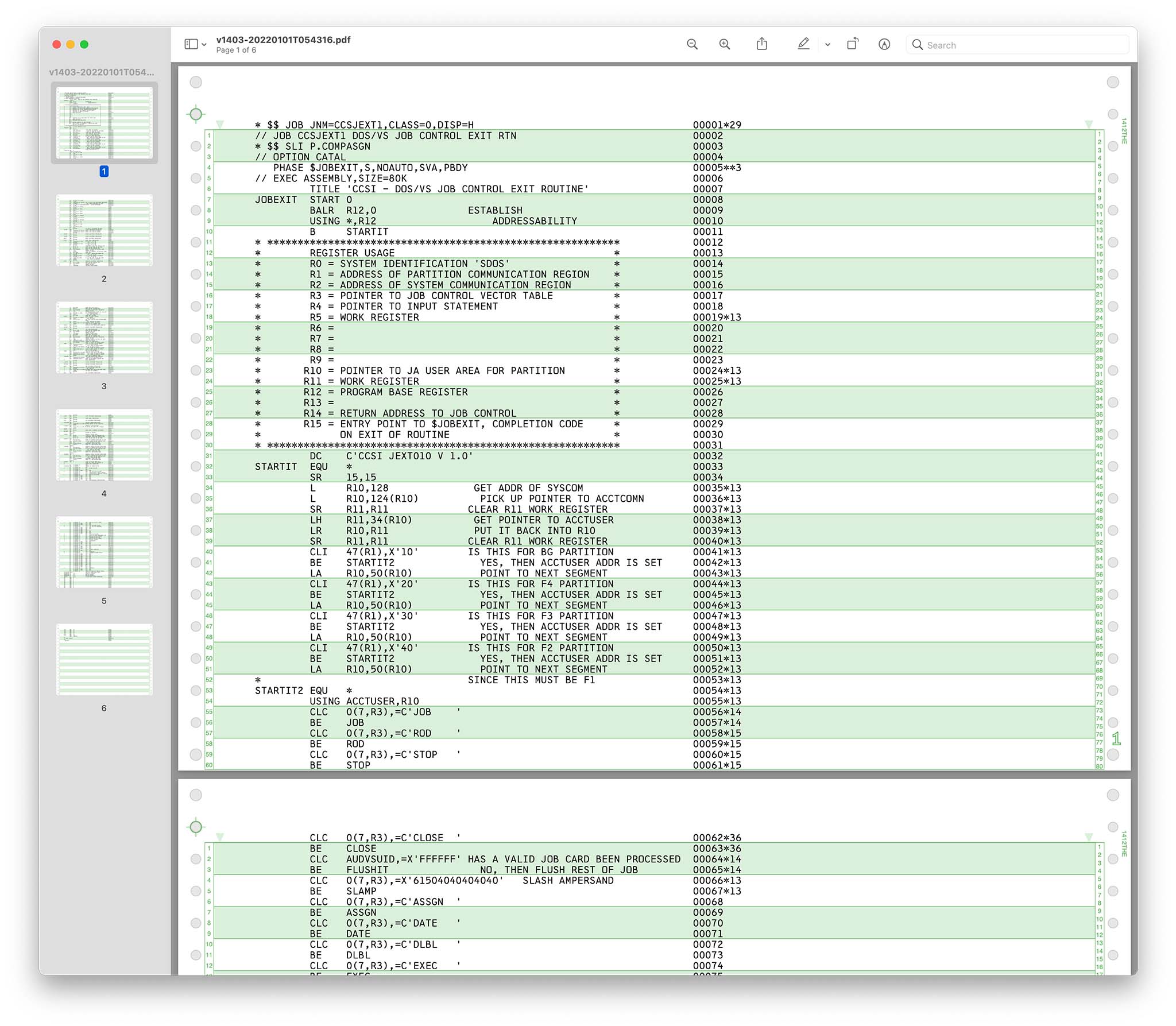